This document explains the deploy process of SCORE (Smart Contract on Reliable Environment) in the ICON network.

Distribution of SCORE is possible through T-Bears, and DAPP developers will need a wallet to pay the transaction fee. Update of SCORE that has already been distributed is only possible through the same wallet address.

The auditor(s) of ICON network conduct pre-investigation on SCORE deployed by DAPP developers to determine risk factors. SCORE can be "accepted" or "rejected," and only SCORE that has been "accepted" by the auditor can operate in the ICON network.

Next is the state diagram of SCORE. If DAPP developers request to deploy the SCORE through T-Bears, the SCORE will be registered as “pending” in the ICON network. It will be installed only after it is accepted by the auditor. If it is determined that it poses a threat to the ICON network, auditor will “reject” the SCORE. Once activated, initial deployer can update the SCORE, and the previous SCORE will remain active while the updated SCORE is in pending status. 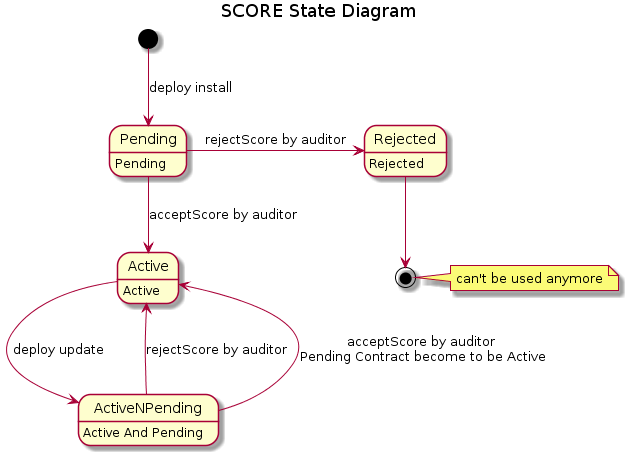 For the DAPP developer to deploy SCORE, the developer must have a wallet with amount enough to pay the service fee.

Please refer to T-Bears and install it.

You can create a wallet in ICONex.

ICONex can be accessed in the Wallet menu of https://icon.foundation/ and installed as a chrome extension. You can deposit a certain amount of ICX, and transacton fee will be deducted from your balance. After creating the wallet, you can back up the keystore file, which will be used when deploying the SCORE from T-Bears CLI.

Keystore file can be created in T-Bears as well, and in this case, you can import the keystore file into ICONex. 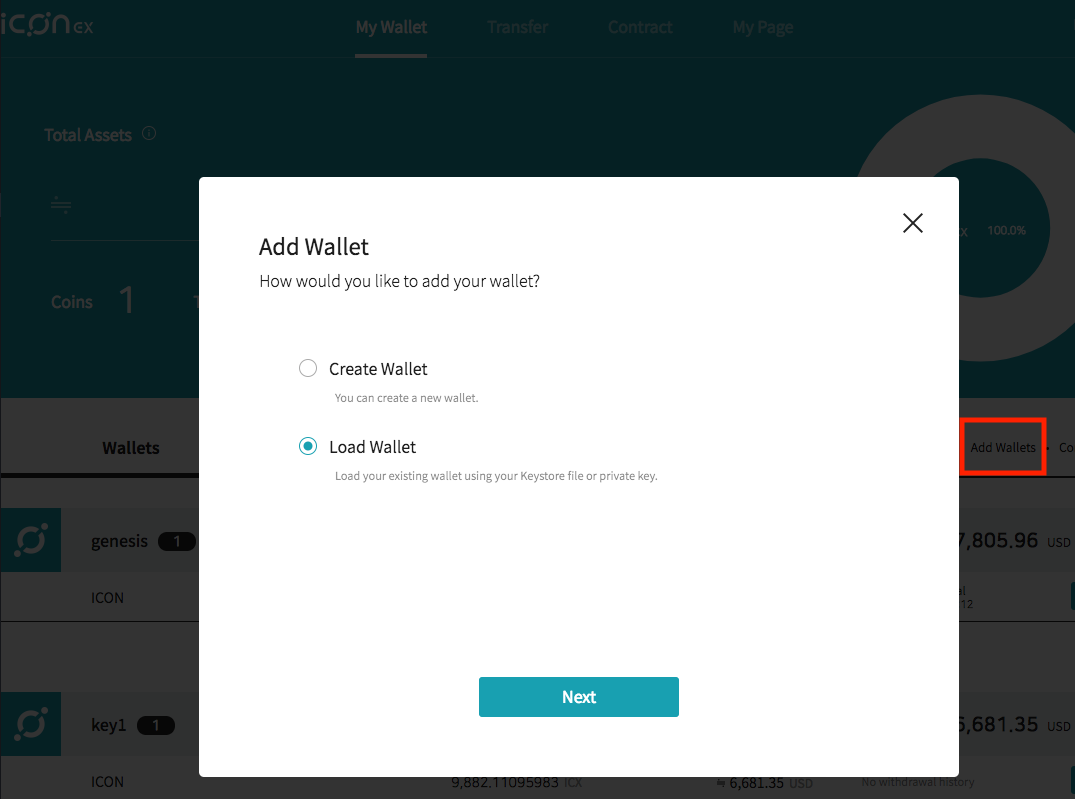 ICON network provides a tracker (https://tracker.icon.foundation/), which enables you to access the status of any block and transaction.

In uri, you set the uri of Mainnet, while in keyStore, you should set the path to the keystore file.

Deploy the SCORE of your choice. In the following, SCORE named "abc" was deployed.

You can verify the result of SCORE deployment by the transaction hash (the result of the command above) in tracker. 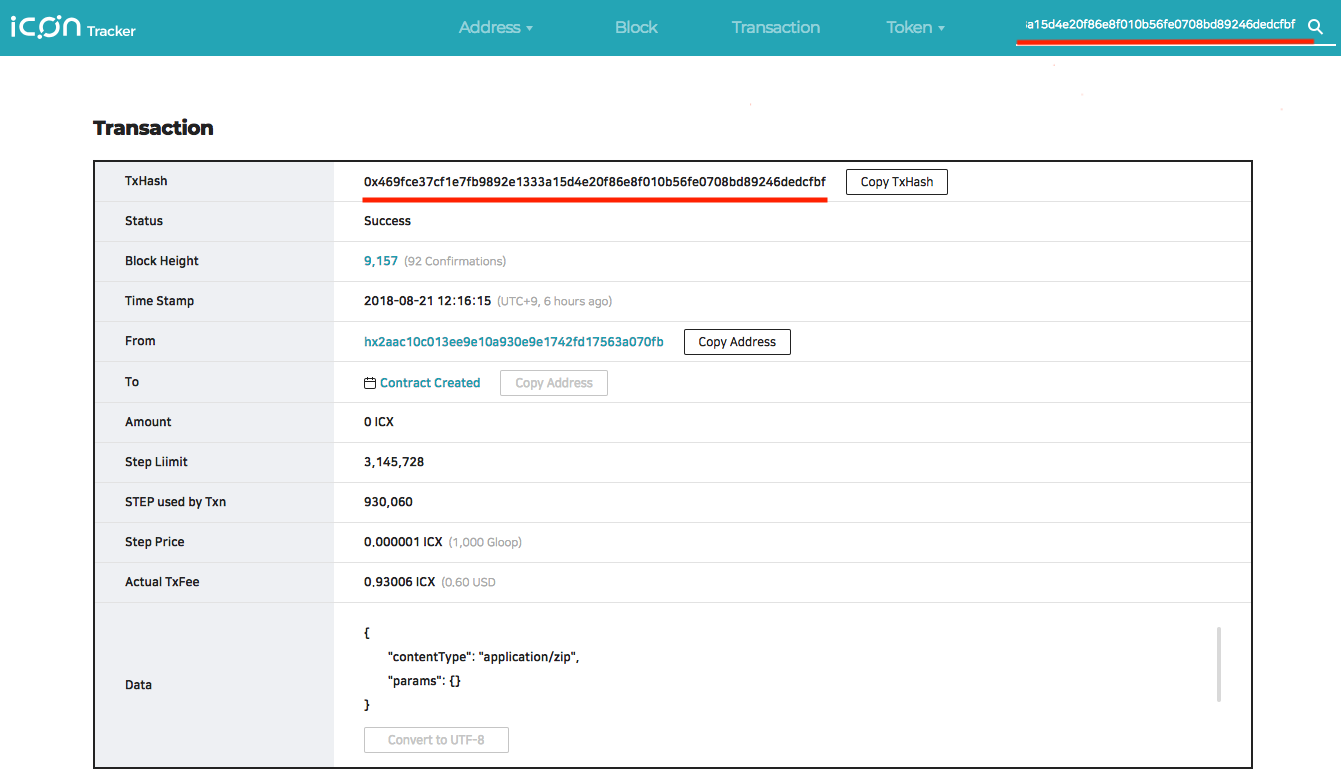 If you choose "Contract Created" in the screen above, you can check the status of SCORE audit. The status is "pending" until the auditor accepts it.

You may notice from the result above that the command tbears txresult doesn't return the audit status. Furthermore, if you run tbears scoreapi against the SCORE address, and the SCORE is not active (pending or rejected), an error message will be returned as shown below.

Once active, tbears scoreapi will return the valid result as shown below (actual result may vary depending on the implementation). At this point, the SCORE is actually running on the ICON network.

Initial deployer can update the SCORE.

You can execute tbears deploy command with -m option, or set deploy mode to 'update' in 'tbears_cli_config.json' file. 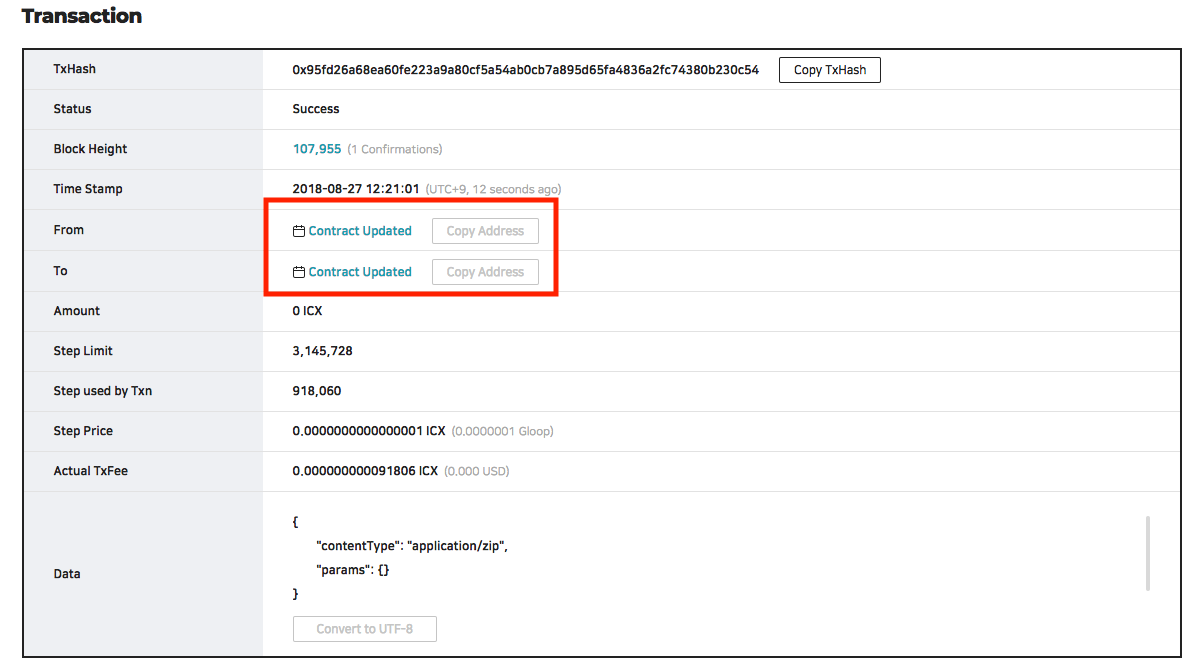 When SCORE is rejected by the auditor, the SCORE status becomes "Rejected". You can check the status in the tracker's Contract detail screen.

You can see the detailed reason of rejection in reject transaction. 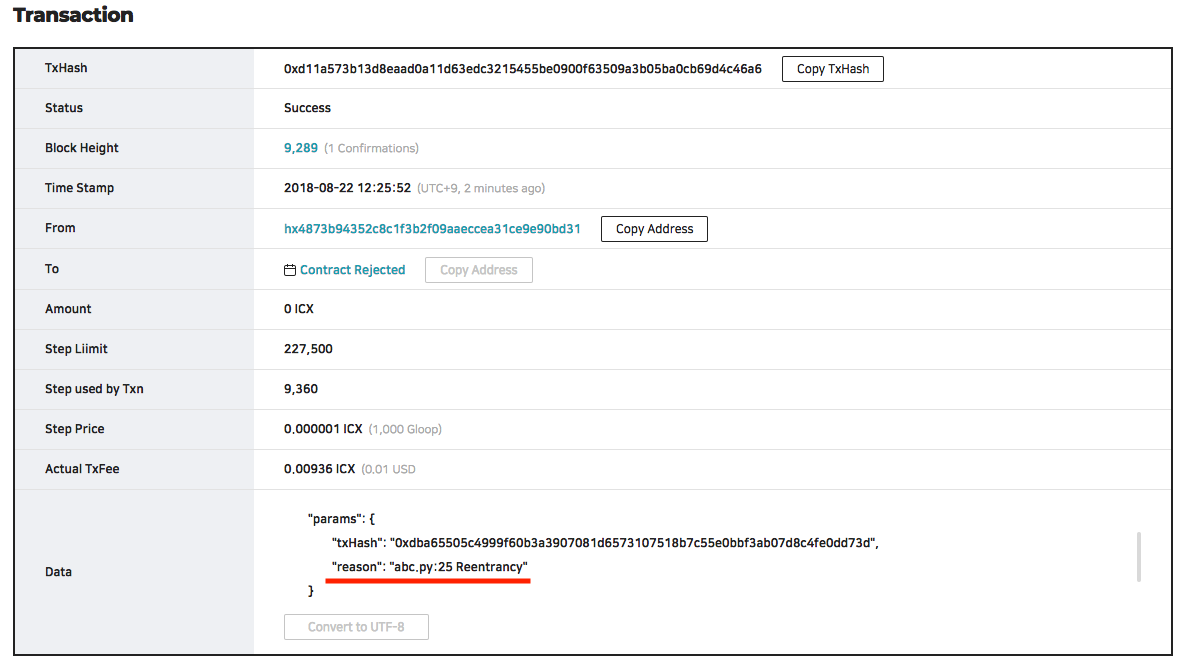 If SCORE update is rejected, then previous SCORE remains active. 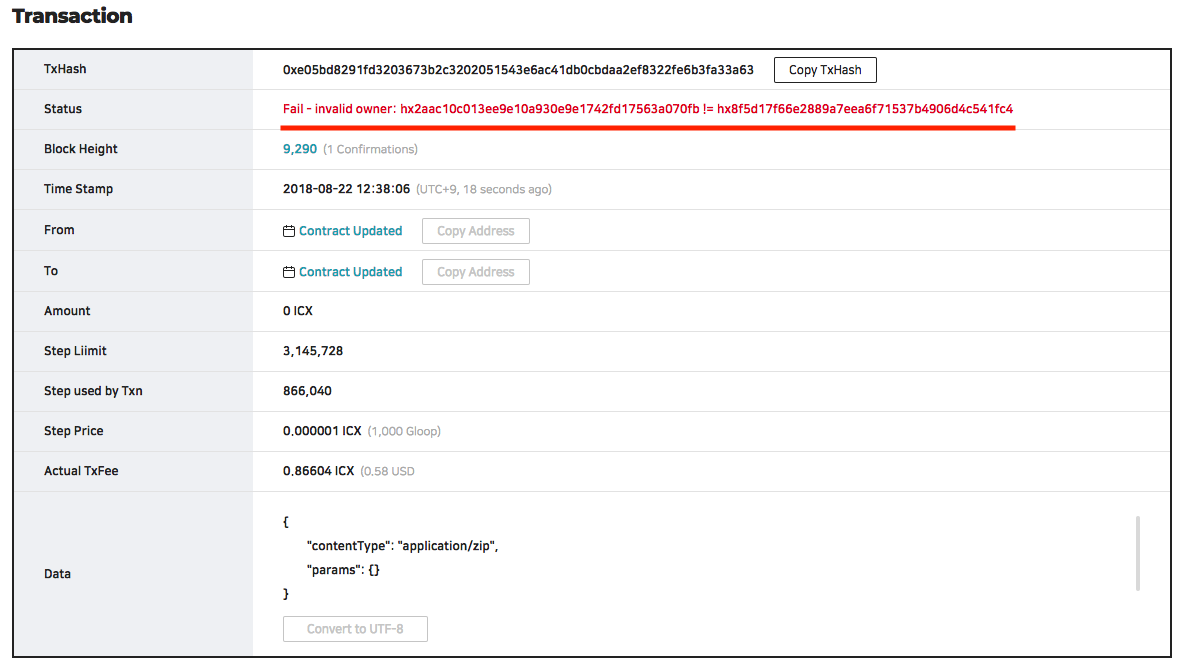